From ancient times to the present day, the territory of Uzbekistan (Sogdiana, Khorezm, and Maverannakhr) has always been a place of amazing discoveries for guests of their land. Questions of security, freedom of movement of merchants and pilgrims were of the greatest importance for the rulers of all dynasties. The famous "oriental hospitality" here is not just words. This is the true folk philosophy that has come down to us through the centuries.

Today Uzbekistan invites guests to get acquainted with ancient monuments, cities of the Great Silk Road and feel the atmosphere of ancient eras. Enjoy the unique architecture of Samarkand, imbued with its glorious history! You will see the beauty of Bukhara, for centuries conquering the imagination of travelers! Visit the mysterious Khorezm and Khiva, the cradle of Zoroastrianism - it was here that the first Ghats of the sacred Avesta was written. 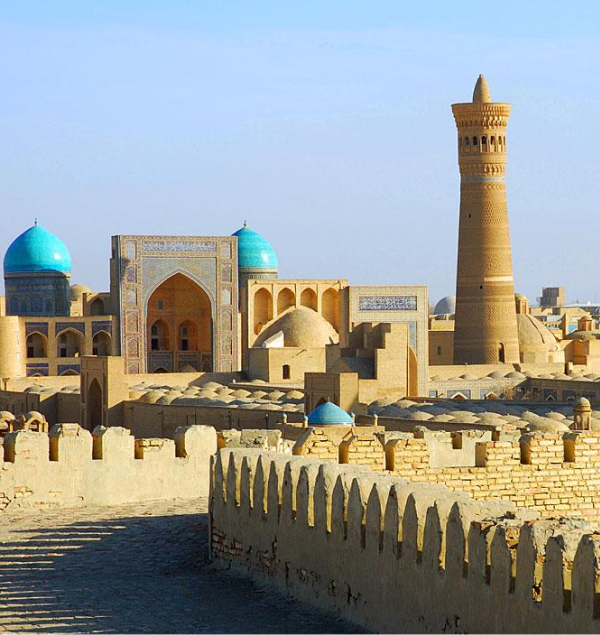 The information, which contains here will be very useful for you and will help to avoid some misunderstanding. By familiarizing yourself more in detail with this information you, essentially will facilitate your stay.
Read more

Travel Uzbekistan: things to know before you go

A comprehensive guide of things to know before you’re visiting Uzbekistan. Uzbekistan has some inherent decrees to observe when visiting the country.
Read more

Since ancient times till the present-day territory of Uzbekistan (Sogdiana, Khorezm, and Mawarannahr) has always been a place of discovery for foreigners.
Read more

Would you like to experience some unusual oriental atmosphere? Uzbekistan can probably be an interesting destination for your trip. This Asian country will most likely give you a bunch of new unforgettable impressions.
Read more

Chimgan Oromgohi Skiing Resort is located in a picturesque area 100 kilometers away from Tashkent, at the foot of mountain heights of Grand (3,309 meters) and Small (2,100 meters) Chimgan.
Read more

Festivals are designed to immerse in the culture and introduce visitors to both the past and the present of the country. The rich historical heritage of Uzbekistan is demonstrated in bright thematic festivals.
Read more

State currency of Uzbekistan. What is it called and what does it look like?

The state currency of Uzbekistan is the sum, consisting of 100 tiyin. The word "sum" (so'm) means "pure" in Turkic languages. The 11th-century scholar Mahmud al-Kashgari mentions it about gold coins which makes it the most popular etymological version.
Read more

The state flag of the Republic of Uzbekistan, together with the anthem and emblem, became a symbol of independence on September 1, 1991. The flag of sovereign Uzbekistan was approved two months later, on November 18, 1991.
Read more

The State Emblem of Uzbekistan is the official national symbol of the independent republic along with the flag and the anthem. It was adopted on July 2, 1992.
Read more

Uzbekistan is a Central Asian country located on the largest of the six continents of the planet, framed by the Syr Darya and Amu Darya Rivers, the waters of which nourish the fertile land.
Read more

Uzbekistan inherited the grandeur of Tamerlane Imperium, the homeland of outstanding Central Asian researchers who promoted science progress on the global scope. Major Uzbekistan cities: Samarkand, Bukhara, Khiva & Shakhrisabz are enabled in the roster of the cultural UNESCO heritage. The Dark Ages attractions and coevals of antique Rome are precisely what attracts travelers to our land.

There are no antiquity buildings in Tashkent– most of them were destroyed by devastating earthquakes in 1866, 1868 & 1966. This city - the capital and metropolis, combining ultramodern architecture with a genuine eastern flair of its snug streets. The multinational inhabitants - more than 2.5 million people are famed for their cordiality. Tashkent is very loved by travelers for its special atmosphere; perhaps, there is no other city on Earth that would be missed so much.

Samarkand - the second-largest Uzbekistan city, but if we talk about the popularity - it can claim the right to be called first. In the ex-empires-capital, you can sense the ancient East’s soul, enjoy its turquoise-blue domes, to visit the famous Registan square. Poets & philosophers fell in love with it, found their inspiration here. They gave it the most flattering epithets - "Mirror of the World," "Universe Center", "Precious stone of Islam."

Shakhrisabz is one of the aged Uzbekistan city, it was a witness of the Alexander the Great & Roxana, daughter of a Sogdian merchant, marriage. It also saw the birth of the Middle Ages conqueror– Amir Timur and was the second capital after Samarkand. Exactly here preferred to relax the heirs of Timur's Empire, and built for this beautiful summer residence - Ak-Saray.

They say that Light comes from heaven upon all the towns of the world and only from Bukhara its rises. It is a cultural & tourist center glorious as Islam’s stronghold and many holy persons were buried here. The old Bukhara part was founded before Christ - it is a monument of ancient civilizations. City landmarks & their distinctive style recognizable in every planet corner is the Ark Fortress, Labi-Hauz ensemble, and many others.

The architecture of Khiva is unique and never could be confused with any other city; it is Museum under the stars. The initial story of the city bonded with Shem, the biblical Noah’s Son. Legends connect it with the spirits, who were Khiva patrons – believed that due to this the castle was impregnable to enemies. In the centenaries line, the city always was especial – the most hub of the Khiva Khanate & the Silk Road. Visiting renowned Ichan-Kala you can walk around all the important reminders of the early times.

With large interest, travelers explore the wonderful Fergana valley, located in the Eastern part of the country, and surrounded by mountains.

Old lush green trees, sycamore, poplar & oak - it’s all about garden-city Fergana. The modern city counts its history not so long ago, in the 19th centenary with the accession of Kokand Khanate to the Russian Empire. But the land itself has a lasting history. The Syrdarya River’s valley, surrounded by the Tien-Shan mountain chain it is excellent climatic conditions that attracted farmers since the Stone Age.

Kokand – its name as a reminder of the grandeur that was eminent for the Kokand Khanate, which reached its heyday in the 19th century. The dynasty founder laid the Eski-Kurgan fortification in the 18th centenary, and the city began to grow rapidly around. Kokand consists of two parts – old, which retains all historical remembrances, and new.

If you look at the map, Karshi seems quite small relative to its notorious brothers that do not detract from its significance. And the significance of it is a serious – city, which has existed for more than 2,700 years, was marked with two seals of the earliest times rulers – Alexander the Great & Tamerlane. Here also was formed a distinctive educational institution for women - Odin madrasah.

Today it is an independent & prosperous country with its path into the future. The independence brought returning to the roots of tradition & culture, to revive it and give a new meaning to contemporary realities. Major Uzbekistan cities, where each has its original appearance, carefully keeping the tradition continues its growth from year to year becoming more colorful, more attractive & comfortable for residents and guests.