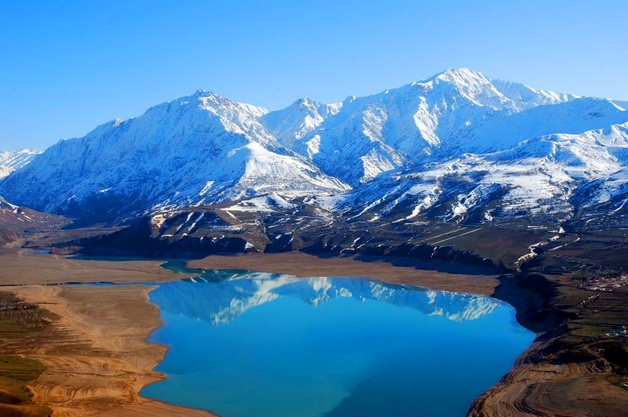 Unique mountain landscape allows Uzbekistan to be a great travel destination during both summer and winter. Your holidays in mountain resort areas will be excellent during any season owing to a big variety of activities. Ski health resorts CHIMGAN and BELDERSAY welcome the amateurs of mountain-skiing sport, who can enjoy calm and peaceful leisure in the mountains. If you’re one of the extreme sports lovers, there are slopes of 1500 to 5000 feet in height for you to feel the real excitement. You can go up either using a funicular or choosing the option of helicopter delivery to the ski paths. Anyway, spectacular views from up above will be breathtaking.

Museums and Handicraft of Uzbekistan

Every museum that you visit in Uzbekistan will tell you something different and amaze you in its own special way. The unique architecture, beautiful interior, and astonishing exhibits inside, which represent how rich the country’s culture is, won’t leave you unmoved. Uzbeks have always been famous for their original handicraft. Numerous original artworks in ceramics, jewelry, carpet weaving, and sheet metal embossing that you will see in local museums serve as a perfect proof for that. Each piece of art hides a story behind it, and this is what makes Uzbekistan museums so atmospheric. Visiting any of them will provoke your interest even more, so you will want to continue discovering the local culture. Don’t worry, there are many options for each and every tourist! The best Uzbekistan travel destination to start with is Andijan Regional Museum, which will help you dive into the atmosphere of Uzbekistan history, offering a chance to observe and learn about more than 66,000 exhibits.

Uzbek handicraft and applied arts are famous all over the world. You have a wonderful opportunity to order your own tour around the ancient cities of Uzbekistan. There are so many places you can visit:
Each work you will see has a piece of the heart of its creator. Uzbekistan tourism gives you a chance to take part in the process of creating a masterpiece yourself and become one of the lucky few who have managed to feel the touch of Uzbekistan culture.

Numerous relics prove that Central Asia is one of the richest and most ancient cultural centers of the humankind as well as one of the oldest territories inhabited by people. Passing across Samarkand, Bukhara, and Kokand settlements, the ancient Silk Road was going through the land of modern-day central Uzbekistan with the purpose to connect Chinese and European lands. It definitely had a certain influence on the country’s culture. People of Central Asia were closely connected with Chinese, Iranian, Arabic, and Indian people in terms of cultural ties and trade relations. Eastern parts of Europe and the Mediterranean area were also a part of those relations.

Samarkand region is where archaeologists stumbled on the area of early humans’ settlement that is more than ten thousand years old. Other precious findings made in Uzbekistan were a skeleton of the primitive man and some rock drawings discovered in the Southern regions of the country. Remains and proofs of ancient people have also been retrieved in the Khwarazm region and on the territory of Kara-Kalpaks, which is not far from modern Tashkent.

Visit Uzbekistan and go on a tour where you will see all those ancient structures that date back to Alexander III of Macedon, Genghis Khan, Babur, and Tamerlane.

Everybody knows that wine possesses medicinal properties. The doctors of Rome, Persia, Egypt, ancient Greece, and Rome knew this secret too. The healers of the medieval Islamic World also used wine while preparing their healing balms. Many oriental poets, such as Omar Khayyam, Hafez, and others, praised wine, calling it the “drink of the Gods”. Overall, the development of the winemaking and viticulture in Uzbekistan is associated with the names of many talented scientists. For example, Mikhail Khovrenko and Rizamat Musamukhamedov have made a great contribution to modern wine science. Take a fascinating journey to the Samarkand winery named after Khovrenko, where you can try ten different types of the best Uzbek wine. After that, you won’t be able to refuse to visit the museum of winemaking in order to learn more about wine history.

The ancient Samarkand city is full of secrets and legends, keeps memories of ancestors-merchants and scientists, soldiers and artisans, strong and brave people. For many centuries, the city has witnessed the most turbulent historical events.

The favorable geographical position and the intersection of the city on the Great Silk Road favored the development of trade and, accordingly, new cultures. The history of wine in the region began in the III-century. Noble land, mild climate and plenty of natural sources contributed to the development of winemaking. The proximity of the Zeravshan river and the natural heritage of Uzbekistan – the mountains, create a uniquely warm, temperate continental climate.

For more than 100 years in the Zaravshan valley, on the Bagizagan farm, 5 generations of winemakers grow vineyards with love and professionalism.

Years passed… in 1964 was founded at the Samarkand winery, and after 30 years, in 1994 appeared “Bagizagan” winery.

Despite the passage of time, reverent attitude and caring for each vine has not changed. There is an individual approach for each grape variety from planting seedlings to harvest, with respect to the traditional style.

The best wines are the red wine blended from grapes of the “Saperavi” and “Cabernet”, white wine from grapes of“Rkatsiteli”. In 2000, realizing that the land has unique properties, it was decided to make cuttings of grape varieties “Merlot” VA “Chardonnay” from France.

The land of Bagizagan farm by itself adds a unique taste of a mysterious, shrouded in mystery, legends, and traditions to the grapes.

We invite you to take a fascinating tour of the winery cellar with tasting of natural wines, cognacs and liqueurs, light snacks and professional winemaker!

If you’re an adventurous person who enjoys discovering each of the four corners of our beautiful world, and the eastern one, in particular, Uzbekistan is a perfect place for you. Among the territories of Central Asia, it’s an absolutely ideal transit zone for conducting large and small auto and moto crosses. So, if you like some extreme, hit the gas and come here. There are many variants of pastime and leisure activities on your tour so that you could implement any of your aspirations. Some major sports events take place in the country, so keep it in mind when planning the time of your visit.

For instance, in 2008, the DOLORES TRAVEL SERVICES company conducted the largest Auto-Moto Run “THE ROUTES OF OLIVE TREE 2008”. The route ran from Athens to Beijing and through the territory of Uzbekistan. It was held by the Arab-Hellenic Chamber of Commerce and Development, the Messinia Chamber of Commerce and Industry, and the Greek cultural organization “The Routes of the Olive Tree”. Its crew included numerous journalists, video reporters, and editors of the largest publishing houses and television channels. Now, whether you like to participate in big golf tournaments or enjoy quiet and peaceful games, Uzbekistan is perfect for golf tours. Its clean air, splendid views, ideal climate, and beautiful landscapes can guarantee that your game will give you much pleasure. Lowlands, lakes, and fields all in green will provide you with an opportunity to enjoy the Uzbekistan nature during the game. «Tashkent Lake Side Golf Club» is happy to offer you 108 hectares of land, which accommodate 18 holes on evergreen lawns, gentle slopes, lakes, and waterfalls that perfectly serve as natural barriers for the game. Be sure you will leave the golf field in a good mood even if the game is bad.