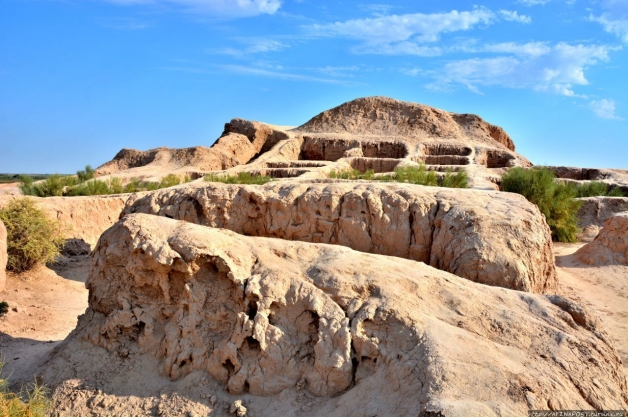 Numerous relics prove that Central Asia is one of the richest and most ancient cultural centers of humankind as well as one of the oldest territories inhabited by people. Passing across Samarkand, Bukhara, and Kokand settlements, the ancient Silk Road was going through the land of modern-day central Uzbekistan with the purpose to connect Chinese and European lands. It definitely had a certain influence on the country’s culture. People of Central Asia were closely connected with Chinese, Iranian, Arabic, and Indian people in terms of cultural ties and trade relations. Eastern parts of Europe and the Mediterranean area were also a part of those relations.

Samarkand region is where archaeologists stumbled on the area of early humans’ settlement that is more than ten thousand years old. Other precious findings made in Uzbekistan were a skeleton of the primitive man and some rock drawings discovered in the country's Southern regions. Remains and proofs of ancient people have also been retrieved in the Khwarazm region and on the territory of Kara-Kalpaks, which is not far from modern Tashkent.

Visit Uzbekistan and go on a tour where you will see all those ancient structures that date back to Alexander III of Macedon, Genghis Khan, Babur, and Tamerlane.