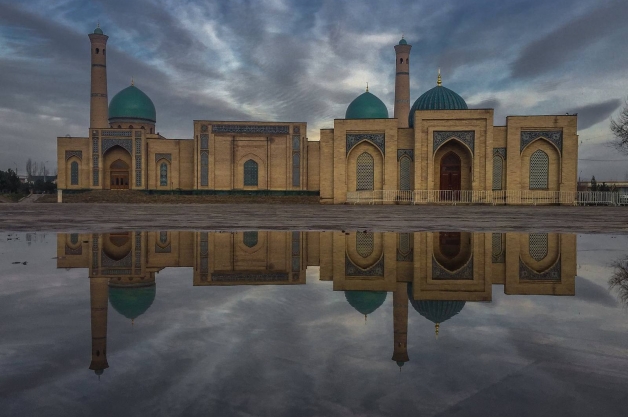 When you go on a journey to Central Asia, you must surely visit Tashkent Uzbekistan. This city has an ancient history with numerous interesting stories, which creates a special atmosphere for everyone visiting the country.

Tashkent tourism becomes more affordable each year, offering travelers to find out what happened on the urban streets, which building is the oldest, and how people used to live there in ancient times, without spending too much on a trip. Yet, here are some things you can learn before arriving.

The oldest urban and agrarian civilizations of Central Asia have appeared first in the watershed of the Chirchiq River. That’s exactly where the beautiful Tashkent was born. More than 2,500 years ago, this ancient settlement was home for farmers who believed in the powerful forces of nature, personified them, and praised gods of fertility. They were also hardworking, which allowed them to master many crafts:

- production of various tools and instruments

- working with bronze and iron

Those people lived in Kanka, which is one of the ancient settlements. But with the time flow, the center of the Tashkent oasis shifted to the ancient settlement of Ming Urik, which is in the north. Shash-Tepa or Chach-Tepa (or “six hills” ) is how inhabitants called the city. However, the modern-day name “Tashkent” has a really long history, and now it is translated as “stone city”. Of course, it isn’t the most accurate name, but it reflects the resilience and courage of its citizens, which they showed when protecting their city from enemies.

Throughout the early medieval period, twenty castles, four cities, and many villages had been built on the lands of modern-day Tashkent. The locals were familiar with different religions, including Manichaeism, Buddhism, and Christianity, which were brought through the Silk Road. The atmosphere of harmony, tolerance, and peaceful life was a usual part of their everyday living.
During the 20s of the 8th century, the Muslim Arab conquerors were destroying the cities and villages. The capital Ming Urik suffered most of all as it was completely ruined and devastated. Yet, it had later risen from the ashes just a few miles north-west. Its ruins are buried now under Tashkent buildings that date two centuries back.

At the Turning Point of the Eras

Due to continuous attacks, civil wars, and sieges, the city’s reconstruction slew down significantly. The cultural life and economy were developing at a slower pace too. All of those factors resulted in the 17-18th century crisis.

A chance for a new beginning of urban life appeared by the end of the 18th century. Thanks to Yunus Khoja, who ruled the city at that time, the region transformed into a semi-independent city-state. After having changed the status, it became strong enough to wage wars in order to expand its boundaries.

In 1810, Tashkent became part of the Khanate of Kokand. Later, in the middle of the 19th century, there appeared another thread – the Russian Empire was developing a strategic plan to capture the Khanate of Kokand. Obviously, Tashkent was among the main targets on the way to implementing the plan because it was one of the most blossoming centers that the neighboring countries were connected through.

The first attempt to conquer Tashkent was made on September 27, 1864, by general Chernyaev, and it ended up with failure. People showed great courage in their heroic fight for the city. However, the number of citizens was limited, so people could not fight forever. On August 17, 1866, the joining of Tashkent to the Russian Empire was announced.

Turkestan Governorate-General was proclaimed on July 11, 1867. Right after this, the process of building a new part of the city began on the channel Anchor’s left bank, where later royal officials, military officers, and numerous members of the Russian community were residing. The appointed military governor became the head of the city.

In the ’70-the ’90s of the 19th century, Tashkent grew into a large commercial, the cultural, and industrial center of Central Asia. The renewed district of the city was where the core educational and cultural institutions, new industrial facilities, and commercial enterprises were situated. The old city region, though, was neglected and, unfortunately, didn’t undergo a reconstruction.

All of the new social services and infrastructure had nothing to do with the locals – Russian peasants started arriving very soon, and they were given the best lands and property in the area. Besides, the most comfortable working conditions were created for them. By 1904, the Tashkent population increased to 170,000 people, but only 40,000 of them had the luxury of living in the new neighborhood.

Both local and foreign merchants started opening groceries, clothing stores, factories, enterprises for processing raw materials and began exporting the products. Another distinctive feature of this period in Uzbek history was that schools, as well as many other educational and religious establishments, were taken under the control of the royal administration, which caused unrest among people.

The Waves of Rebellion

Like in many other cities, revolts against colonial rule occurred in Tashkent repeatedly. One of the examples is the Cholera Riot that happened in 1892. The locals rebelled against the government for their rights to get help and to bury people who died of the disease.

Changes in the History of Tashkent

The role of Tashkent as the heart of the marvelous Uzbek culture was increasing more and more every day. Starting from the end of the 19th century, the city was a home of the emerging educational movement Jadidism (jadid meant “new”). this was the period when progressive national intelligentsia set two main goals for themselves – to bring the living standards and education of the populace to a higher degree.
A new government was formed as a result of the coup d’état on October 28, 1917.

During the Second World War, the Tashkent industry operated only to satisfy the war needs. Thus, by 1942, almost half of all manufacturing enterprises switched to full or partial military production. At that time, there were twenty hospitals in the city. Also, a tremendous amount of work was made to assist military families – people collected money, food, and children’s clothing. Tashkent women promoted the adoption of the evacuated children so that soon there was a mass movement for that.

The Academy of Sciences of Uzbekistan operated on Tashkent’s territory and worked on investigations in various fields, both technology, and science, including nuclear physics, phytochemistry, biochemistry, seismology, electronics, and many more. The names of the Tashkent scientists are still known outside Uzbekistan.

Unlike other Soviet republics, Uzbekistan stood out for its wonderful economic opportunities and natural resources as well as hardworking and intelligent people. However, the era of stagnation appeared to be a period of severe deprivation for the entire country and for its capital in particular. Soviet repressions against people of science in the 80s affected Tashkent science a lot.

A crucial role in improving the situation has played a new head of the country, Islam Karimov, who officially started his political career in 1989. His winning of the presidential election in Tashkent in 1990 put Uzbekistan on a path to independence.

One of the Greatest Cities in Uzbekistan

The American scholar and writer Eugene Schuyler was traveling through Central Asia and visited Tashkent in 1873. And this is what he wrote about the city:

“No Asian city is as diverse as Tashkent. Its streets cross each other intricately. When you take a walk somewhere outside, they go up and down, and then suddenly you run into some wall and find yourself standing in front of a mosque or a minaret that goes up into the sky.”

There are many secrets lurking in the streets of the mysterious and charming Tashkent city, hiding between the bricks of the buildings, and buried in the sands. They are waiting for you to uncover them. Be sure the city will settle in a corner of your heart, and the atmosphere will make you want to come back there again.

Acquaintance with the capital of Uzbekistan, Tashkent, for the majority of visitors begins at the airport, which is located almost in the center of the city. Once, the airport in Tashkent consisted of a terminal, an observation tower, and an unpaved runway. Today, though, it is the Uzbekistan airport of the international class, and regular flights connect it to the biggest cities all around the planet, including Moscow, St. Petersburg, London, Minsk, Milan, Tokyo, New York, etc. It is equipped with:

The airport is really busy, having more than a hundred passengers within an hour. The main passenger airport terminal was renovated in 2001. The terminal complex includes a terminal of local airlines, where registration and departure of the passengers to other Uzbekistan cities take place, and a terminal of central airlines, designed for passengers flying to the FSU and other foreign countries.

Tashkent International Airport is only 15 minutes from the central part of the city, which makes it easy to reach there using a bus or a taxi. By the way, it is one of the biggest airports in Central Asia, having a great geographical location with a big number of air routes from the CIS countries to Europe, Southeast Asia, and the American continent.

Nowadays, the railway represents a cheap way of traveling in Uzbekistan. If you get your ticket to the high-speed train Afrosiyob, you have a chance to travel the speed up to 250 km/h (155 mi/h).

The Tashkent – Samarkand train can be used every day – the route takes about 6 hours. You can choose between daylight and overnight trains. Traveling by train at night has its benefits as you save the day. Most people, though, don’t like it because sleeping is inconvenient. But here you will sleep like a baby thanks to very comfortable sleeping cars. If you go on a tour around Uzbekistan cities and want to travel individually rather than with your group, then the Afrosiyob train will be the most suitable means of transport.

Speaking of the city’s transport network, it is time to mention the Tashkent subway, which is considered to be not only a convenient means of transport but also one of the metropolitan attractions.

Actually, the Tashkent metro is the first in Central Asia, having a pretty long history that dates back to 1977. The architecture of each station is very beautiful, and every tourist who comes to the city is traditionally recommended to take at least one ride in the local subway.

At the moment, there are three lines functioning: Chilonzor Line (red), Uzbekiston Line (blue), and Yunusobod Line (green). The interior was designed using various materials, including metal, granite, glass, marble, art ceramics, and carved alabaster, which makes every station different and original in its own way.

By the way, some of the most known Uzbekistan artists were working on the design of the stations. For example, the Chilonzor station is decorated with massive gilded columns, while the Pushkin station – with bronze candelabra. And at the metro station named after the famous poet and painter Ali-Shir Nava’i, you will see his best paintings. But note that taking photos is illegal due to the fact that the Tashkent underground is considered to be a military installation.

You can use the metro services from 6:00 am till 11:30 pm. The interval between the trains is 3-10 minutes, depending on what line you use and when. Be sure you can get to almost any part of the city as the subway system is rather large. The cost of a ticket is $ 0.5.