SILK ROAD TOURIST COMPLEX WILL APPEAR IN SAMARKAND IN 2022

The Silk Road Samarkand Tourist Center is planning to open in the first quarter of 2022. The territory of 212 hectares will cover tourism and recreation, entertainment, and business segment: 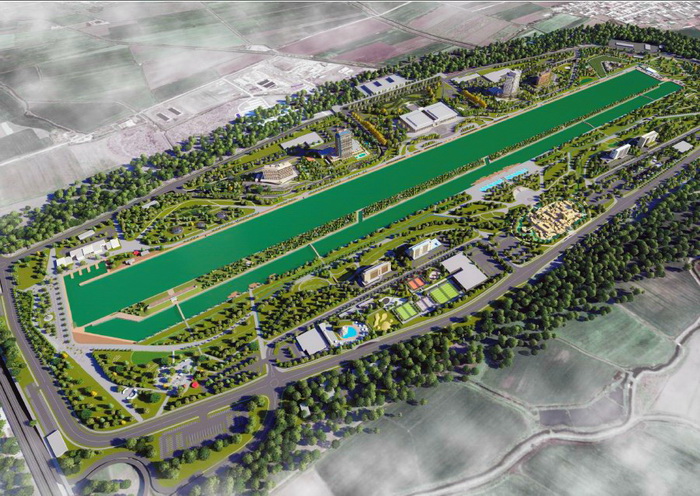 • Waterfall with a lake

Shoppers will be able to treat themselves to shopping both at traditional oriental bazaars and in shopping centers with international brand stores.

Business representatives will undoubtedly appreciate the advantages of the two-story Silk Road congress Hall Samarkand. There will be a banquet hall, VIP conference rooms, and a Presidential zone.

One of the eight hotels will be dedicated to Amir Timur. Its name is " Samarkand Regency Amir Timur "- the brand for a 5-star hotel developed by the Silk Road Tourist Center company. The hotel's design with an area of 42,000 sq. m. will refer to the history of the Tamerlane Empire and the heritage of the Timurid era. And all this goes together with the advanced equipment and modern, qualified service.

The Samarkand Regency Amir Timur 5*Hotel is planned to have 22 floors with a lounge bar, a 24-hour Brazilian restaurant, a Sky Bar on the top floor, a casino, a fitness center, and a SPA area, outdoor and indoor pools, a banquet hall and five conference halls. The number of rooms: 234 rooms.

• 3 Rooms equipped for people with disabilities

The next 5-star hotel is Silk Road Minyoun Hotel Samarkand 5*, managed by Minyoun Hospitality. It is the leading hotel group in Asia.

The hotel is designed both for business tourists and classic travelers. It is reflected in the concept's leitmotif – the Great Silk Road. According to the idea of the creators - the major caravan route of antiquity, East and West will unite here.

The total area of Silk Road Minyoun Hotel Samarkand is 45,000 sq. km. There will be 22 floors with a lounge bar in the lobby, a 24-hour Chinese restaurant with separate rooms for visitors, a Sky Bar on the top floor, a casino, a fitness complex with a SPA area, outdoor and indoor pools, a hall for celebrations and four conference halls. The number of rooms: 242 rooms.

• 3 Rooms equipped for people with disabilities

The 4-star Savitsky Plaza Avantgarde Hotel Samarkand 4* is the first hotel in Uzbekistan, stylized as an avant-garde. The inspiration was the contribution of Igor Savitsky, an honored artist who has collected unique masterpieces of avant-gardism. The museum of the same name with a rare exhibition is in Nukus city.

The total area is 22,000 sq. m. On the 11 floors of the hotel, there will be a bar and a restaurant Khmelnov, an outdoor terrace, a terrace, a lobby bar, a cafe Charlotte, fitness and SPA, and two conference rooms. Number of rooms: 174 rooms

The 4-star hotel Stars of Ulugbek Samarkand 4* is also managed by the Minyoun Hospitality Group. The inspiration was the personality of Mirzo-Ulugbek – his astronomical research made an invaluable contribution to the development of science for the whole world. It is not for nothing that the international astronomical community has given the name of Tamerlane's grandson to a crater on the surface of the Moon!

The total area of the hotel is 20,000 sq. m, and there are 11 floors. Here you will find a lobby lounge bar, a 24-hour restaurant, an outdoor terrace, and one conference room. The number of rooms: 174.

The 3-star Marakanda Park Hotel Samarkand is named after the ancient Samarkand. On the territory of Silk Road will be represented four hotels, where each provides specialized medical services of high quality:

Alisher Navoi is a sanatorium-and-prophylactic hotel. The total area is more than 10,000 m2. The number of rooms: 92. 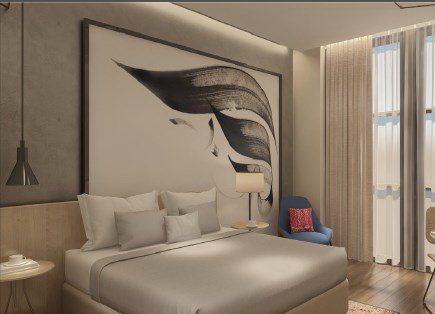 • 3 Rooms with a kitchenette 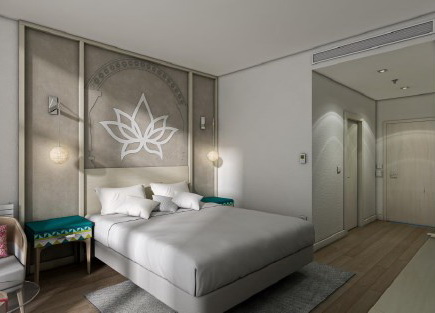 • 4 Rooms with a kitchenette

Navruz is a SPA & therapeutic hotel focused on the treatment of various types of pain. The total area is more than 10,000 m2. The number of rooms: 96. 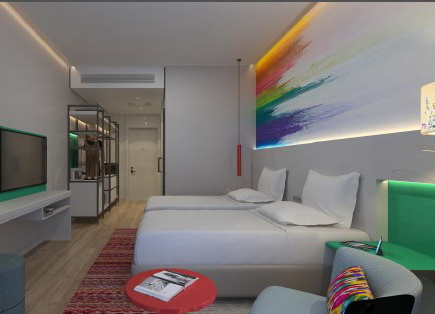 • 3 Rooms with a kitchenette

Bekhzod is a sanatorium and medical hotel with an accent on respiratory medicine, including chronic diseases. The total area is more than 10,000 m2. Number of rooms: 87 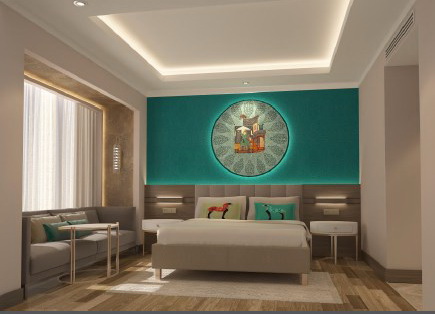 • 2 Rooms with a kitchenette