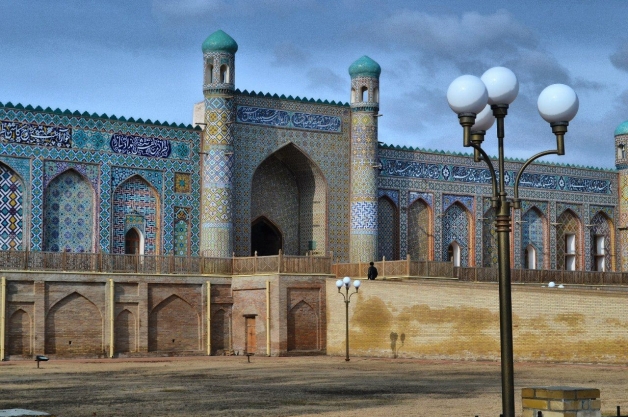 Kokand – the Center of the Great Silk Road

Being widely recognized as a cultural phenomenon of the Middle East, Kokand city turns out to be a great combination of magnificent architectural constructions, picturesque landscapes, and ancient cultures.

Kokand, located 228 km southeast of Tashkent, is considered one of the most significant cities in Uzbekistan. These days, Kokand is not only an important industrial, cultural, and trading hub but also a land of famous poets, writers, and scholars.

Being located on the crossroads of the ancient trading routes in the Uzbek province of Ferghana, Kokand Uzbekistan had been a trading center of the Silk Road during the 10th century. The city was later destroyed by the Mongolian army approximately in the 13th century. But the history of Kokand the way we know it today started in the 18th or 19th centuries when the city was totally restored and chosen to be the administrative center of the Kokand Khanate.

The world fame and prosperity came to Kokand just when the founder of the Kokand Khans’ Dynasty built the palace of Eski-Kurgan. During those times, Kokand was the religious center of the Fergana Valley with more than 300 mosques being built there.

At the end of the 19th century, when Kokand was invaded by the Russian Empire, Eski-Kurgan was turned into a fortress, while the city gained newly-constructed buildings in the European style. Thanks to a fast-growing number of various financial and administrative institutions, the city quickly gained the reputation of the major business and industrial center in the country.

Considering the ancient history of the city, Kokand consists of new and old parts. The new part of the town is represented by various administrative buildings and financial institutions, while the old part of the city consists of the khan palace Urda, constructions of national and residential architecture, madrasahs, and memorials, which date back to the period of XIX – ХХ centuries.

If you ever consider visiting Kokand, there is a list of must-sees you cannot ignore:

These are only some of the legendary constructions of this ancient city. Hosting numerous exquisite temples, mausoleums, madrasahs and other sights of the Islamic culture, Kokand proves its uniqueness and diversity.

Nowadays, Kokand is a dynamic Uzbekistan city, which is home to more than 200,000 people. Over the last decade, numerous districts with modern architectural buildings have raised the aesthetic view of the city, which marked a new stage in the development of Kokand.

In addition, Kokand is the country’s most important agricultural region, which is mainly inhabited by ethnic Uzbeks. This can be easily observed by people’s dresses, their way of life, language, and religion.

A trip to the old town of Kokand can give you a better understanding of what life philosophy was in the past centuries. Ancient charm and modern ambitions attract the attention of a constantly increasing number of foreign guests.