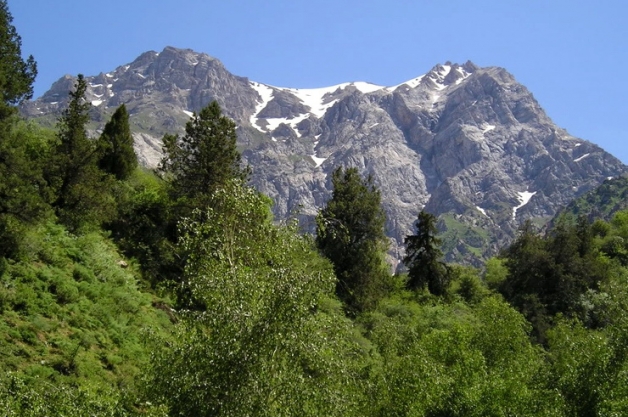 Mountains occupy a fifth part of the country's territory. 4.5 km from Chimgan, at an altitude of 1550 meters, in the Bostanlyk district of the Tashkent region, the Beldersay ski resort is located, marked in the Uzbekistan guidebooks as "Near Switzerland" and a concentration of natural beauties. A day trip from Tashkent to Beldersay has been a favorite destination of inner tourism since the 60s.

Here, until the opening of the complex Amirsoy (Chatkal massif), the long ski track of Uzbekistan with a significant height difference shone. The tracks for special slalom, as well as the "supergiant" for downhill with a length of 1600 m, are recognized as one of the best in the CIS.

Winter sports are developing in Uzbekistan; European-class infrastructure is being created. But few people know that in 1994, in the Norwegian city of Lillehammer, Uzbekistan achieved the highest success in the world of sports achievements – an Olympic gold medal in freestyle. The award was heroically won by Lina Cheryazova, a native of Tashkent, who became the first Olympic champion in the history of freestyle acrobatics.

The climate of Beldersay. Uzbekistan

Climatic conditions are helpful in the long-term preservation of the trails – the local snow is drier and slippery relative to other mountain zones and lies here longer than in Chimgan. The properties of snow are similar to New Zealand and alpine Sochi Krasnaya Polyana. The continentally of the climate, expressed in sharp temperature changes of day and night, forms "grainy" snow with high-quality sliding.

The health-improving environment properties, the abundance of natural attractions, and the little-studied history of the area, together with the original way of life of mountaineers in the villages of Uzbekistan... These all attract numerous guests, arriving at local sanatoriums for treatment, as well as tireless seekers of new knowledge and impressions. And even the air here is clean, fresh, and delicious.

The Beldersay Ski Resort still attracts entertainment and equipment for outdoor activities at affordable prices. The Beldersay cable car is an exciting attraction for fans of tickling nerves and genuine 3 km of legends! It was built in Soviet times, in the 60-70s, with a capacity of 600 people per hour. The seats are not closed cabins, but an open chairlift adds to the sensations – it seems that you will touch the tops of mountain juniper forests with your feet. Don't forget to bring a windbreaker with you - it's cold up there even in summer, and it's rather windy. However, according to tourists, all the inconveniences are worth it. During the ascent, adrenaline often takes your breath away. But if you can overcome the fear of heights, you will be fully rewarded for bravery. When fear transforms into pure delight, it is an unforgettable experience. Twenty-four minutes of the trip will allow you to take panoramic photos of Beldersay and enjoy the contemplation of the beauty of the mountains and slopes, gorges, and snowfields from the peak of Mount Kumbel. There is also a tow cable car with a length of 900 meters for moving passengers on skis or other equipment uphill, using a traction rope. Working hours in winter: from 09:00 to 16:00, because it starts to get dark early.

As centuries ago in Uzbekistan kishlaks, residents are engaged in horse breeding. It is not a tribute to traditions as a requirement of everyday life. The appearance of cars has reduced the time to overcome distances on the way. But it has not eliminated the need for horses to participate in the household role because they have access to those steep and narrow sections of mountainous areas where an SUV is powerless. You can take pictures with horses or conquer mountain serpentines with their help.

The Beldersay River is an integral part of the dizzying landscape of the mountainous region, starting on the southwestern slopes of the Big Chimgan Mountain. The course of 23 km long with 30 tributaries has not only walks, trekking and hiking, but also camping. In the middle of the route, nature seems to have created a spacious sunny glade specifically for this purpose, where travelers stay overnight in tents. In spring, it is drowned in colorful flowers. A route with the passes Kumbel, Urta Kumbel, and Chet Kumbel passes through the clearing. Thanks to the well-trodden trails, the route is accessible even to untrained people.

From the Urta Kumbel pass, it descends the Marble River. It pretends as the destination point itself of hiking trips. The name is associated with the appearance of the local stone rocks, resembling marble in color. In the lower reaches, fossilized shells are unexpectedly found – they say there would have been an ocean here before. In spring, a full-flowing river forms a waterfall with a height of 15 m.

The route is complemented by other enticing sights such as the Ghost Rock. According to legend, it is the area where a meteorite fell.

Fresh mountain air makes us hungry. Beldersay's infrastructure on the territories of hotel complexes has a cafe with home cooking and pastries, warming drinks: tea, coffee, and even mulled wine. A day trip from Tashkent to Beldersay takes 80 minutes. A variety of entertainment turns the resort into an attractive weekend destination for residents and guests of the capital.