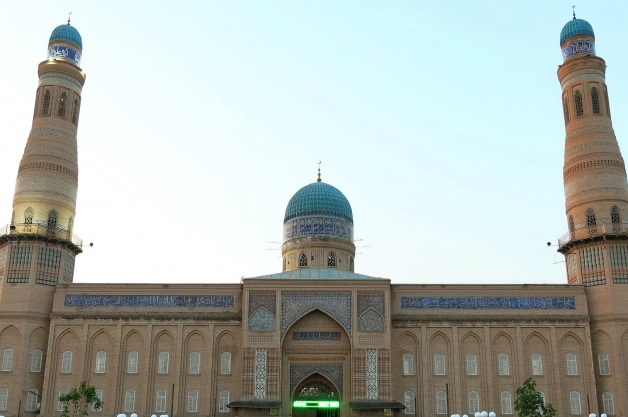 Andijan, Ferghana Valley is not the most popular city in Uzbekistan.  It may surprise — it was inhabited more than 2500 years ago (according to archaeological research (the ancient settlement of Ershi)) and was part of the powerful Kokand Khanate after all.

Centuries have passed, the ancient settlement became a grand trading center because its location belongs to the Great Silk Road! In memory of those times, the area is still called the Eastern Gate of the Fergana Valley. The exact date of its origin is unknown. According to scientists, this residential area appeared on the territory even before our era. Mentions in historical chronicles were found from the beginning of the IX century.

Origin of the name of Andijan city

The thorough origin of the name of Andijan city remains uncertain. According to ancient beliefs, it was a haven of Hindus (Andukan), an embankment city on the banks of the Blackwater Karadarya River (Andikan), and there are other versions too. But the most beautiful legend is the story about the seriously ill Princess Andinajan, who was cured in a magical valley. The joyful father, the ruler of Turan, built a palace there, grew beautiful gardens, and urban development began around them. Historians approach this issue more pragmatically. According to their version, the name came from the Uzbek clan Andi who lived here for a long time.

The ancient city in the southeast of the Fergana Valley has interesting objects that deserve the close attention of researchers and tourists. For example, the ancient settlement of Ershi has located 30 km from Andijan. Thanks to archaeological excavations, historical artifacts have been discovered that date back to the III-IV centuries BC. At that ancient time, it was the capital of Davan state. The settlement fortified with fortresses, the remains of some of them can you can find now. The discovered part of the city street takes you to a bygone era. The walls of residential buildings, stone sidewalks, walls, and other objects tell us about a highly developed populated settlement here.

The area is famous for the origin of outstanding people who did a lot for the motherland. The most famous native of the city is the son of Emir — Zahīr ud-Dīn Muhammad, better known as Babur, which means Tiger. As soon as he ascended the throne, he began a war with Sheibani Khan. Samarkand was conquered three times (and lost an equal number) under his command. At the beginning of the XVI century, the ruler left the khanate and went to India. Babur begins the Mughal dynasty (the era of rule — until the middle of the XIX century). Modern Andijan has opened a whole memorial complex of Babur, with magnificent gardens and an open park area.

Babur, a descendant of Amir Timur, is the author of the legendary memoirs Babur-name. It gifted an invaluable source of historical facts. Babur's house is open to the public to this day, and other sights that deserve attention have formed around it.

Over the entire historical period, the people who lived here have experienced many shocks and significant events. The location (the eastern belt of the Silk Road) allowed Andijan to become a significant economic and cultural center.  In the 1 century, the settlement was part of the Kushan Kingdom, then it was conquered by the Arabs, and the IX-X centuries were marked by belonging to the Samanid state. After the reign of Amir Timur, when Andijan achieved maximum economic prosperity, a descendant of his dynasty Babur came to power. After the Babur's reign period, in the 16th century, the city was captured by the Sheibanids, and then came the era of the Kokand Khanate. In the 19th century, the countdown of a new history began with the arrival of the Russian Empire in Central Asia. From this period, the revival of the Fergana Valley as a center for weaving silk fabrics begins. As a result of the earthquake (1902), which claimed many lives and destroyed ancient buildings, Andijan suffered enormous losses. Incredibly, only the Jami madrasah survived as part of a cult complex measuring one and a half hectares of land (the end of the XIX century) — the Andijan people see God's providence in this.

Despite the loss of architectural heritage, the Andijan people have preserved their spirituality, traditions, customs of interest due to regional peculiarities. Modern Andijan is increasingly attracting business tourists as a center of the automotive and textile industries.